In his live show Miracle, Derren Brown performs some amazing mind-reading illusions and finishes with a whole faith healing session in which he seemingly heals people of their health problems through God. You can see the whole performance here:

Here we will explore his performance and reveal the secrets behind some of the highlights of the show. 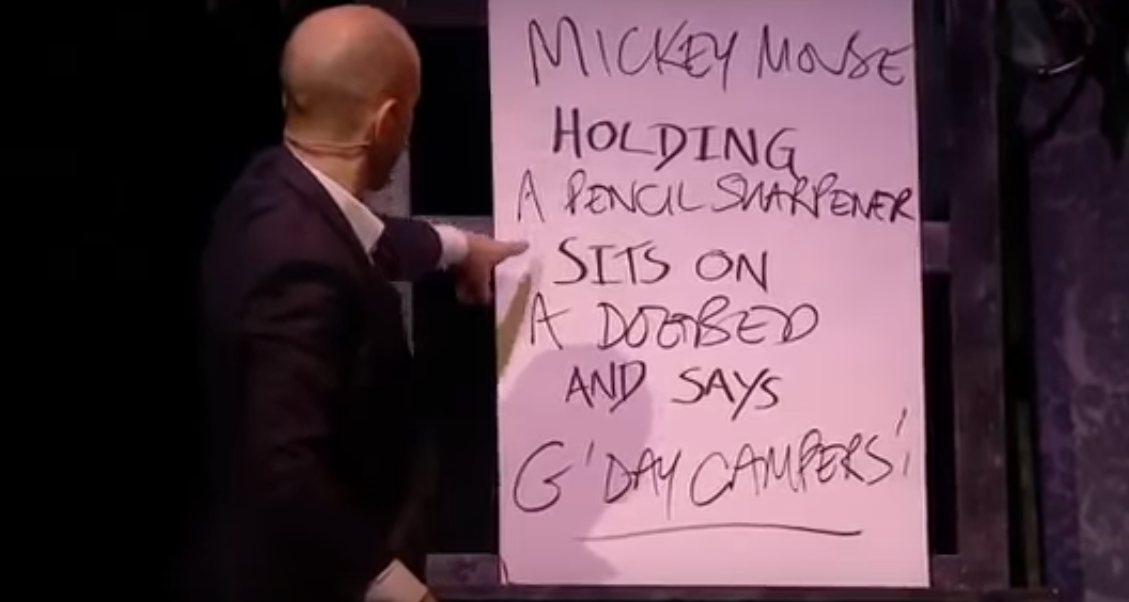 The 'prediction' was written only after the audience gave Derren all three words, probably by one of his assistants. It wasn't really inside the baloon. Derren then used slight of hand to make it look like the piece of paper with the prediction was the one that fell out of the baloon. 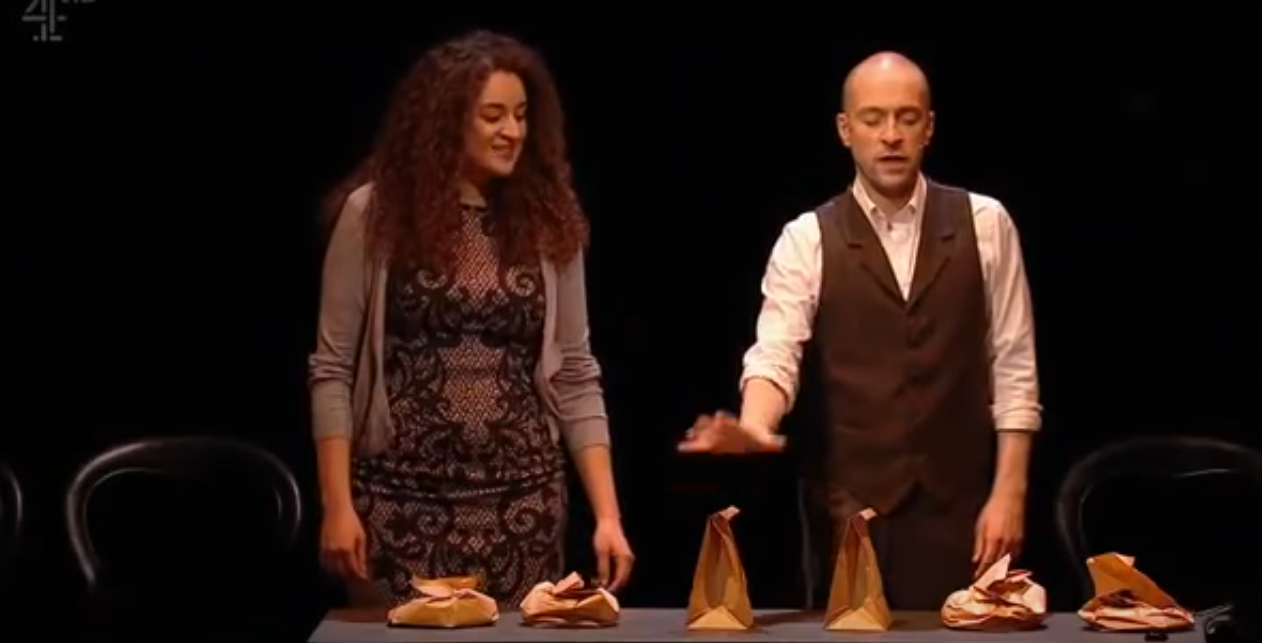 There are six bags on the table, one of them has a nail in them. A member of the audience mixes them up and then signals Derren which bag to slam his hand on. He slams his hand on all the five bags without the nail, leaving only the one with the nail.

There was no nail in any of the bags. They were all empty. After only one remains, Derren uses some clever sleight of hand to create the visual illusion of taking the nail out of the bag.

Through the power of God, Derren heals members of his audience from chronic pain, bad eyesight and other health problems.

This is done through a mixture of suggestion, social pressure, placebo effect, cold reading and magic. The most obvious example of using magic is his trickery with improving/impoverishing eyesight. For example, when Derren makes an audience member 'lose' his eyesight, he simply shows him a different page in the booklet than he showed to the camera and the audience. The words on that page are actually just gibberish and the participant reads them correctly, giving an illusion that he cannot read normally. With the lady who 'regains' her eyesight, Derren simply shows her really large letters.

We have 322 guests and no members online